Ready to Walk Through the Door to a New Freedom 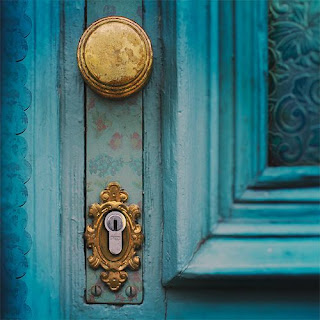 It's difficult to believe it has been over a year now that I have been trying to wean myself off of a drug that I have now been taking for about fifteen years. It is a drug that doctors said that I would be taking lifelong. Let me back up to when it all began.

I started having migraines and panic attacks. I was terrified. The second and third were just as terrifying as the first. They would come out of no where. They invaded my life and changed every kind of normal that I knew. I had no idea what was happening to me. I went from specialist to specialist. Visited emergency rooms frequently. Oh, they knew it was panic attacks and migraines, but they weren't sure of how to treat it. They were so severe even when I wasn't enduring a panic attack I was living in fear of when the next one would hit me.

Finally, I seen a neurologist who still yet today is the best doctor I have ever visited. He knew exactly how to treat me. One of the medications I began was Xanax. At the time I can honestly share that I have no idea what would have happened if I had not began the treatment I did. There were quite a few medications I had to begin taking. They helped me tremendously.

Doctors, after testing everything under the sun, finally understood a huge part of my diagnosis would be thyroid issues. I would be diagnosed with Graves Disease. A few years later I would have my thyroid removed and things would begin to calm. After having it removed it would still be over a year before levels and things would start to find normal.

It has been a journey. I have come to understand my limitations. I was no longer that girl who thought I could do it all. At times my life was debilitating. Anyone who has endured panic attacks and complex migraines will understand. You come to the point you cry out for help because you aren't sure you can take another day. Every day could be the day. The next moment could be the moment you fear your next breath. My migraines could last for hours, to days, to weeks. Cluster migraines would steal away so much of my life.

A little over a year ago I woke one morning and I knew that I didn't want to take Xanax any longer. I knew my body had had enough. My panic attacks were much better. Yes, I still have them, but not as frequently and not as powerful. I can say that they no longer take over my life. So, this medication just became a preventative. At some point during the duration of this medication I began to take it just out of fear of a panic attack. But, that's what happens when your body, your brain becomes addicted to this medication. It wasn't that I was chasing a high. It was never like that for me. This medication never made me feel that way. I could actually never even know that I took it except for the fact that it kept most of my panic attacks at bay. If I did have a panic attack it would help alleviate it.

I kept them close. I never left home without them. Every four hours it was time for a dose. It was taken like clockwork in fear that if I didn't have it a panic attack would destroy any calm I felt. Now, imagine how many people live this daily. I didn't want to do it any longer.

So, all on my own I began reducing my dosage. I can tell you this has been the most difficult thing I have ever done. I got myself down to taking 1/4 of the smallest dose possible three times a day.  Just doing that took me over a year. Xanax is a drug that your brain feeds on. It changes everything. Now, I couldn't even tell you a difference when I did take it, but I could tell you a difference if I didn't have that dose every four hours. My body, my brain, was hungry for it.

Two days ago I began reduces my dose again. I am so proud of myself! For the second day in a row I have only taken 1/4 of a tablet in the morning when I wake. Here's the thing; I haven't even missed those other three doses! I think, just like I knew then, now was the perfect time to again reduce my dosage. Now, this isn't going to be an easy thing. I know that probably in three or four days my body and brain are going to begin feeling the effects of not having this drug in my system. But, just like throughout this journey I know where my strength comes!!

I shared with my husband and I also shared with a close friend. Having others pray for me is a great treasure. I know my husband is so proud. He has been with me all these years. He knows the pain and torture I have endured. He knows all the changes I have made to create a more healthy me.

I remember when the thought came to me that I didn't want to take them any longer. I was standing in the kitchen. I reached over my washed dishes for my bottle to take my next dose. I felt the Lord wash over me. "You do not need this anymore. I will help you." It was such a powerful moment. It was all I needed!

This journey isn't over, but it continues. I will not stop until I celebrate my last refill of this medication. I have such encouragement. I see where I once was and how far I have come. I know my Lord has been with me every single step of the way. Without Him, well, I couldn't have done this on my own.

Now, here's the thing I want you to understand. This medication was needed at a time in my life. Never allow anyone to make you feel weak or of less value because you must take a medication. There are times our bodies need help. This medication is a very real one. I wish I had known more about it when I began taking it. If I had known how addicting it would be would I have still taken it? I just cannot answer that. If there was something else, yes. But this with the combination of other medications gave me a chance at finding moments where fear didn't overtake my entire being.

So, how do I feel today? I still have migraines. They are nothing like they once were all those years ago. My panic attacks still come in the night. Especially after my husband was hit by a drunk driver and endured a severe crash. But, I now know that my panic attacks are not going to kill me. I have educated myself and I understand them more and more. I can work through them. Most of all I can pray through them. I know there is a God greater than my fear and He will bring me solace and a peace that is even more special to me because I know the fear on the other side of that peace.

It is amazing the strength of Jesus I have come to know and trust. I am keeping my mind busy, focusing on all things that bring glory to God. Whether I keep my hands busy with cleaning the floors, doing laundry, or picking up a book, I will keep moving forward in this journey to freeing myself from this medication. I'm not there yet, but I am not a finished girl in any sort of way. Determination is powerful, but it's void without the strength of God. There is not self power in this journey. I am a weak girl who would rather take the easy route, but where would that get me?

No, I'm becoming that girl who isn't afraid to take the hard journey, the difficult road. It's there in the midst of all that mess that I see the grace and mercy of God come alive in the very moment of my weakness.